We are in the final act of Trent’s iPhone saga. At our last juncture, Trent and Alvin were trying to decide if they should send a letter that would persuade the apparent thief to return Trent his iPhone. Before that decision could be made, Alvin had another breakthrough idea.

Alvin: nm i got it

A few moments pass while Alvin is on the phone with the hotel.

Alvin: got his name. Jonnie [redacted]

Alvin: he’s a day employee there

Alvin: the night manager is a moron

Trent: And he lives at that address??

Alvin: told him that a guy with that address lost his wallet. and i got it

Alvin: and want to return it to him. i gave him my phone #. we are getting closer

Trent: Should I turn the lock screen on the phone to say “Jonnie, I want my phone back”??

Alvin: now we have to be smart

Trent: what do we do now. What do we doooo! Ahhh, he doesn’t have fb. Unless that last name is spelled wrong

Alvin: the last name is spelled right, the first name is not, he says they just call him jonnie but it’s like judnat and he doesnt know how to spell it.

Trent: It was that c*!@sucker that let me into the f@cking room!

Alvin: so tomorrow i call and tell the manager. tell them i have bad news about an employee. i dont want to get law enforcement involved. we don’t press charges or blow up yelp

Alvin: just want the phone returned. do we give your name? i think jonnie is going to come kill you.

Trent: hmmm, my fb is locked up!

Alvin: add a phony name to your address. and we will have him send it there. simon bolivar?

Trent. yes. My name is fine tho. I don’t care

Alvin: yeah i think your name is fine too

Trent: cant wait for tomorrow! this is great

Trent: I’ll give u a cut if phone comes back

Alvin: youre phone is in the mail on the way to your home!

Alvin: well, they claim it was found in the parking lot

Trent: It’s been at Jonnie’s house!!

Trent: why did Jonnie steal it?!?! And where is cable??

Alvin: he probably found it. and brought it home. then brought it back to work

Trent: Yup. He turned it on last night! Had it all week. turned it off when i called

Alvin: well maybe i spooked him into turning it in

Alvin: because i claled yesterday. and i bet u his boy was like they after u. and he was like oh shit i go turn it in

Trent: hows the manager know so quickly where jonnie stay. like he went into the file cabinet and pulled his info?? theyve been running this scam forever!

Alvin: whatever send me my reward

Alvin: otherwise im coming to mi and smashing your phone. and then me and jonnie will go take shots

Alvin: man u shouldve heard me talking. not making any sense. it was hilarious. because how could i say i had his wallet, and then ask where i should turn it in.

Trent: And it would’ve had his name and address lol.

Alvin: im like no i want to turn it in at his work

Trent: yeah and how to spell his name

Alvin: but i was mumbling, guy couldnt understand. “where does he work” the guy asked. i said he worked where i call u

Alvin: and i got his wallet and i want to give it to him, but i wanna make sure his name matches up. and im not going to his house!

So there you have it folks! Trent did get his iPhone back thanks to the creativity of Alvin. Alvin did get his finder’s fee. And Jonnie, well who knows if Jonnnie was a saint or sinner. Tomorrow, we will cover the many mistakes that Trent made and how you can spare yourself the hassle of going through what he went through. Alternatively, I could give you Alvin’s contact info if you do get into this same situation. 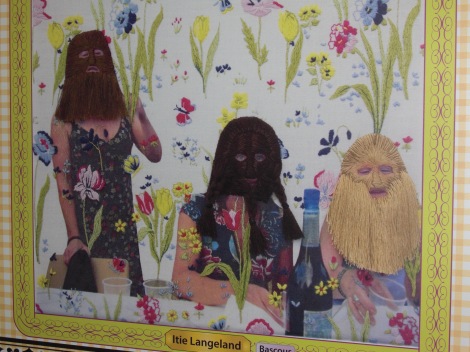 Trent’s wookiee friends who almost cost him his $600 phone.

Am I talking to myself? Join the conversation... Cancel reply